Powers Full-Fearsome: miscellaneous abilities to put in the world somewhere

I've compiled a few abilities from GLoG classes published in the past few years, scavenging some of the features that really go hard or were in some way neat to me. They seem to me to have the opportunity to get a second life as a one-off reward, magic item, or skill learned from a mentor in games that don't already happen to feature that class. Since there are so many GLoG classes out there and so few can be used in a single campaign, this could be a good way to recycle them, make them useful, and appreciate them.

You may have to do a bit of adaption but I trust you. Every output is a link to the original page and author.

There are some classic D&D monsters which feel weird to encounter at random in the third level of some dungeon space. It was this observation, it is said, that lead to the composition of the classic module  I6: Ravenloft, in which a vampire is the center of the entire incident rather than an improvised result of a dice roll.

I feel some of the reasion I feel weird about including certain monsters as random encounters is that I fall into thinking of the monster as a typical member of its type, carrying generic equipment and set to a basic activity such as wandering, scowling, or hunting for prey.

When I remember to be a little creative, a vampire encounter can quickly become exciting and coherent with the setting in which it takes place. I noticed this keenly when I ran a Vampire the Masquerade campaign and found that introducing incidental vampires became much easier when I set up a generator that included a random character "concept", like jailbird or runaway, that personalized the cainite just enough to get started.

Taking that lesson forward, I present an encounter generator for classic D&D vampires, with a suite of optional powers and differences for those inclined to mix it up. The first generator shows you one, and the second makes a party of similar 1d4 vampires, the old "number encountered."

Email ThisBlogThis!Share to TwitterShare to FacebookShare to Pinterest
Labels: generator

Violence as an Escalating Threat

One idea that I've been coming back to over and over is the reinterpretation of a core gameplay procedure through the stringent social mores of a fictional civilization. Player would have the expectation that their characters and almost all NPCs are the kind of people who would adhere to the mores, such that there's not gameplay option to ignore them-- they're a simple rule of the game like dungeon Turns or making a save when you get poisoned. There's a lot of directions you could take the idea, but the following is a fairly straightforward implementation of a combat procedure. 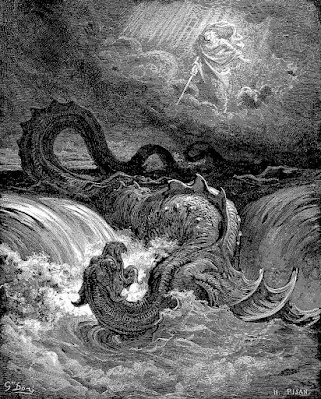 Violence (Once per round, you may escalate by one step. Unless you have a special ability, you must start at 0 and work your way up.)

Email ThisBlogThis!Share to TwitterShare to FacebookShare to Pinterest
Labels: glogtober

Hello good people of the OSR blogosphere. Out of love for the community, but mostly its blogs with their rich backlogs and its people with their jovial wit, I offer this friendly challenge:

Your challenge: in the month of November, you must

This content could be a fun dungeon, a cool magic item or prep method, or anything else you bring to your game. The writing you do could be a review, a send-up, a play report, or anything that adds to the society and exchange of OSR blogs.
-
The above is the whole of the challenge. Here's some tips and ideas for finding content:
Much love and good hope to you all.
Posted by Phlox at 10/18/2022 1 comment:

"The opposite of Dark Souls" for GLoGtober. 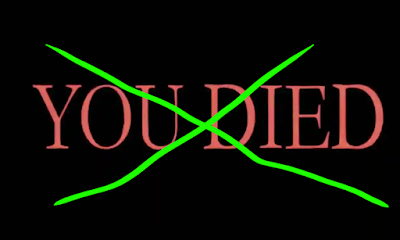 Death in dungeon games is a strange thing. The penalty for a PC dying is typically that the player must make a new one, perhaps of lower level and attainment, to be introduced as quickly as possible. This is a hard penalty, but not incredibly hard-- you could have a character who is immune to total death and the game would still work.. Many "feel" the loss out of proportion to the cold mechanical affect because they're playing a role or have some relationship to the character, just as we might feel strongly at the death of King Arthur or Patrocles or any other character in good stories.

This creates an opportunity. In games that feature frequent creatures and items that can incur a save vs death, there are varieties of equally punishing but novel and potentially more interesting fates which can be substituted. Here are some to start:

This post contains notes for running a hexcrawl still in development. I may add new notes and generators to it, or remake it later. These notes will be of limited use to others before I finished the hex map itself.

On foot: one clear 24-mile hex per day if faster than 60', otherwise two clear hexes per day.

Rail (5 gp per day, +1 per 300 coins of stowed luggage): Four hexes a day. You can assume that you have access to rail in any city on or east of the Missippi and in the Upper or Lower Midwest. The western rail goes from San Francisco (1602) to Salt Lake City (1211) to Denver (1417) to anywhere in the lower midwest. Roll on the train/ferry table instead of the normal encounter table.

Ferry (2 gp per day, +1 per 300 coins of stowed luggage): Three hexes a day. Ferries run along major rivers and in the ocean. They can always be found off cities, or if you wait there's a 50% of one stopping for you, rolled twice a day. If you want to stop at an unscheduled point, you must pay 10 gp or 5% of your carried wealth, whichever is more. Roll on the train/ferry table instead of the normal encounter table.

Balloon (1,000 to purchase, 10 gp per day to operate): One non-mountain hex per day. At the end of the day they must land. Alternatively, a hot air balloon can survey a hex to spot any features, hidden or not, which are visible from the air.