Cosmic Orrery has made a list of things they wish to see more of in fantasy tales. I have added to this and turned it into a simple generator. Behold! 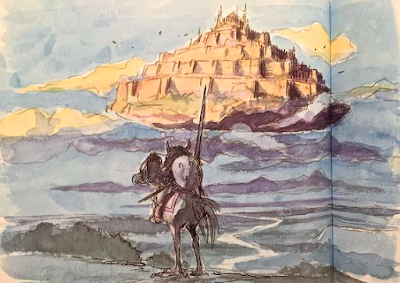 Email ThisBlogThis!Share to TwitterShare to FacebookShare to Pinterest
Labels: generator 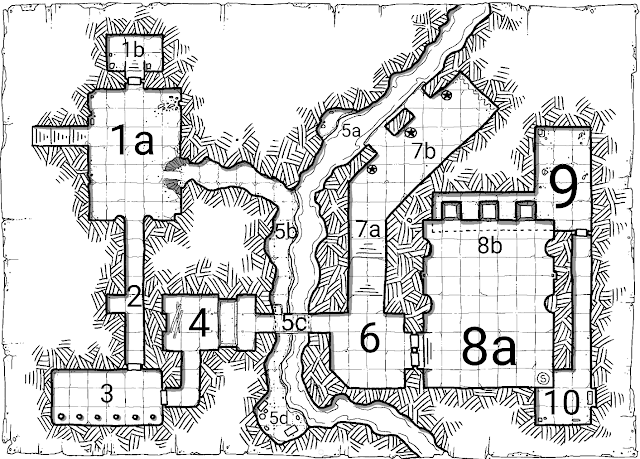 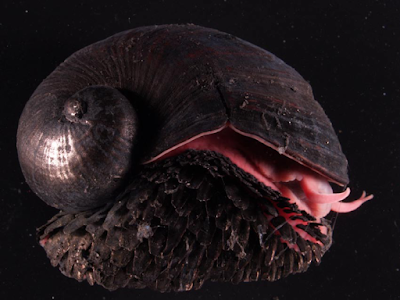 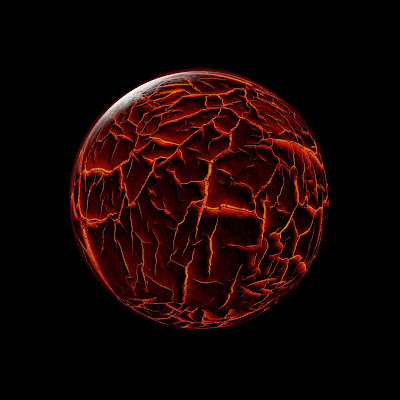 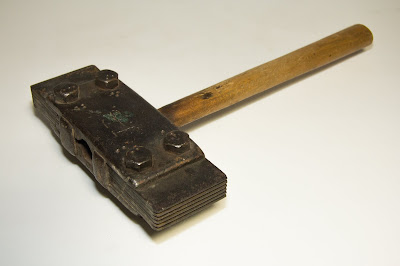 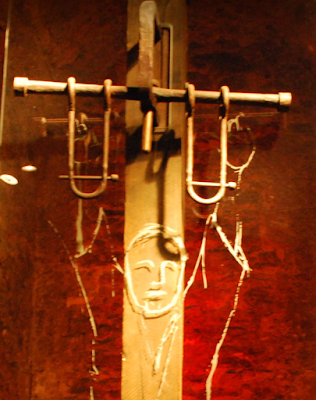 Email ThisBlogThis!Share to TwitterShare to FacebookShare to Pinterest
Labels: locations

Picture Pong Against Matthias #1: I am that is

Matthias of Liche's Libram has attempted to steal the pong intended for my dear semiurge. This cannot be allowed to stand, and I am utterly destroying it the only way I know how. 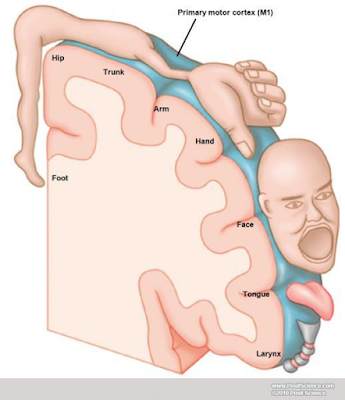 Here we see an illustration of the part of the brain responsible for the sensations of various other parts of the body. This knowledge is considered privileged information among the sixty-five scribes of Prive, who were separated and forced by a tyrant to list out the secrets which are forbidden to know in descending order of severity, and who were only spared because each wrote a list that exactly matched the other sixty-four. (The "Cortical Homunculus" was the twenty-seventh most severe secret.)

In the Clavicarcerum of the Scribe Jamesus, the tyrant put this secret to cruel effect, forcing the scribe to forge cortical nails, which when carefully placed can alter the mind and form of mortals.

(This operation is gruesome, but an unwashed adventurer can do it if they choose, provided they have a cortical nail and something to pound it in. The skull is only a momentary impediment.)

The effect is undone if the nail is removed, but having a hole in your head is liable to give you infection, proxima, or worse.
-
Hope your blog allows spider teats, Matthias.

Campaign Pitch: When Do We Ride to Jerusalem?

HE has slain all who pleased HIS eye;

on the tent of the Daughter of Zion. 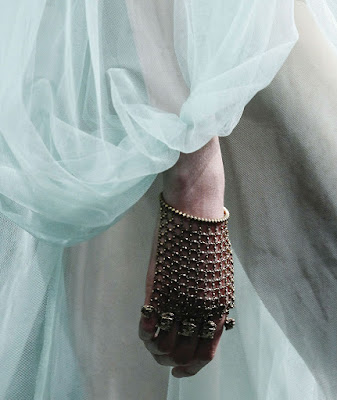 PCs are baseline characters in your GLoGhack of choice, except for two differences:

1. Instead of normal in-order stat assignment, each player (including the DM) rolls stats in order, then the players (excluding the DM) draft, taking turns claiming, say, the STR 14 someone rolled or the WIS 7 or what have you. Since the DM rolled up some stats, this should leave one set of attributes which we will save for later.

2. use failed careers instead of any other skill system. Here's one if you don't have a list handy:

When rolling 2d6 for random encounters, use whatever table is appropriate to the setting, but a roll of 7 is always orthodox oppressors and a snake-eyes is always the Devil.
The Prophet
In addition to the normal PCs, the party will also be making a Prophet, the leader of the party. Mechanically, this is done by first taking the array of attributes left over from character creation, then communally generating a level 1 Heresiarch. They may have other powers, but the players know them not.
The Prophet gets all of the experience points which the party would receive. (If you don't want the campaign to be about dungeon crawling, give XP for each HD of person converted or 2xHD of priest out-debated) When the Prophet dies, all of these experience points are split by the party if they regroup and honor their leader's memory with a ceremony.
The Prophet is played by everyone, usually whichever player is most available in the moment. To keep some things consistent, always cleave to these principles for the Prophet:
The (inevitable?) death of the prophet is not the end of the campaign. If you've been lucky, it's only half-time. 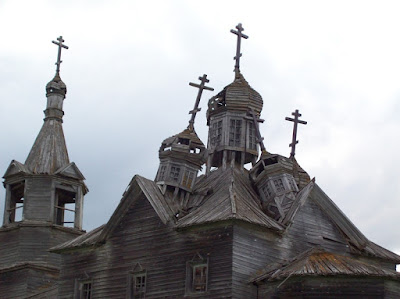 The City
As a group, you should determine some facts about the nation you start in, and the religion your Prophet has come to uplift. You begin as a voice in the wilderness, where people are spread out, authorities must appease your followers, and the demons are young and weak. The congregation is safe from being stamped out as long as it remains isolated, but may peter out if it does not gain a popular following. Eventually, you will have to come to the City.
The City is the center of spiritual power in the nation and (kings may scoff) the world. It is where the orthodoxy makes its laws and defiles its law. People will despise you, authorities will harry you, and demons inhabit ancient brazen forms, but it is here you must go. If you enter the city with a popular movement behind you, you will start to win. You will soar higher than you ever have, then the wings which raised you will be blasted apart from the spires of empires. 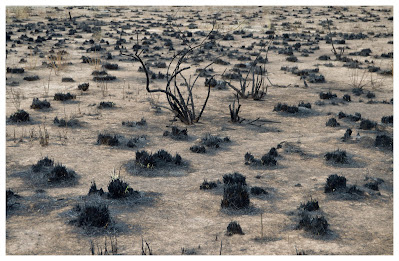 The Kingdom
In order for the Prophet's message to survive, it will need to form congregations in many nations. You can create a congregation by:
After the Prophet dies, you should be able to write accounts of their life and install them into congregations for a bonus. Maybe it's how you win the game.
New faiths require constant nurturing. Each month that a congregation goes without the Prophet or a PC visiting them, roll on the table below:
2d6 Congregation Events

In games with character levels, I'm intrigued by dangers that persist regardless of where a character is in the track of advancement. (Opponents in head-to-head combat are almost never scaling problems. Fighting a knot of eunuchs is impossible at first level, easier at fourth.) When a scenario features level-less problems, it becomes interesting to a wider variety of parties, and is more likely to encourage creative play.
Posted by Phlox at 2/07/2021 2 comments:

VtS Update: Everything a player needs to know

As I am nearly finished with a dramatic update to Vain the Sword, I thought I'd collect everything a player needs to know for a one-shot in one place, so they don't actually need to study the rulebook in its entirety.

You can do anything without rolling dice unless failure is interesting and possible. As a group, you can declare that time passes and I have to advance the story without killing you. You are entitled to a short list of social mores that you can exploit. 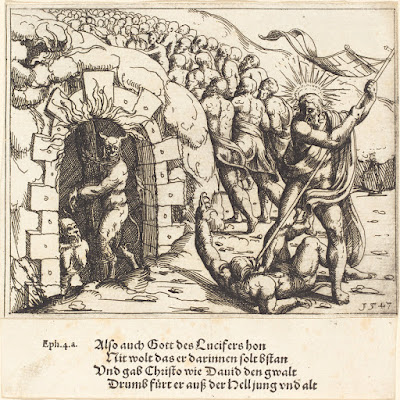 When you get into a fight, I'll tell you if and how to roll for initiative. On your turn, you can do some kind of maneuver and cast a spell or attack someone.

Your morale is kind of like your health. It goes down when you are hurt, but also when you witness violence (unless you are inured to violence).

Your orisons are d4s that you can spend in prayer while on an adventure. If you roll a 4, your prayer is answered in some way-- though seldom spectacularly and sometimes to your detriment.

In general, weapons damage is based on how many it takes up: