Of late I have not published many blog posts. This is due in part to the advent of my latest weekly game, a campaign of a quite different character from what has previously been published here.

(Other reasons for my silence include an increased work schedule in the face of American Thanksgiving and editing for an upcoming book of poems.) 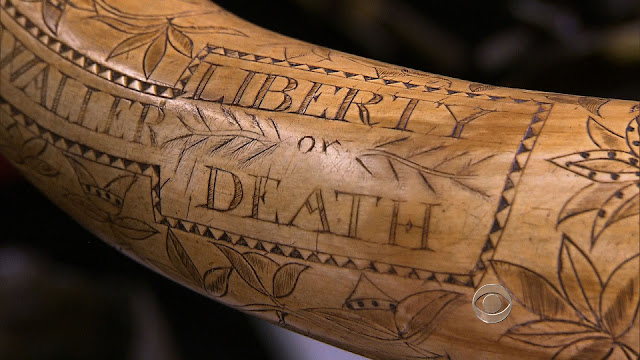 Still, though my weekly game is two steps removed from the OSR and OSR-adjacent content here published, I offer you a report of just what I have been doing, in the form of the blueprints of a campaign. It is the child of my love of history as well as my love of politics.

The title of the campaign is Foundling Fathers. It is an alternate history set in 1794, eighteen years after a minor uprising in the British American colonies was put down and its ringleaders hanged. Washington is dead. Jefferson is dead. Hamilton, Adams, the other Adams, and all other major would-be founding fathers are dead. Since that time, a French Republic led by the Marquis de Lafayette has managed to avoid the long and bloody terror that might have marked its birth, and the French government looks to start a second revolution in America.

This premise gets more interesting the more history you know, but I will go into more detail on the setting later. Equally important to the campaign is the theme of legacy. As anyone passingly familiar with America will know, its founding is a bizarre mixture of great idealism and tragic hypocrisy. Political compromises and moral philosophy collided, and for all the shortcomings of a new America, there was something astonishing in what limped out of 1789.

To represent this, PCs and a stable of NPCs possess legacies like equipment. Whomever holds these legacies get input into how a new America approaches each topic if it survives the war. So there are people running around with the legacy of the military, of western expansion, and of many historical factors that are more interesting to me than to almost anyone. While most legacies are singular, the most internecine have several copies. My current PCs have the legacies of freedom of the press, realpolitik, relationship with native tribes, and socialism in government.

Legacies can be stolen, won, and given away. In addition to giving you input into an American future, you can spend a legacy to avoid death, like fate points in Rogue Trader. Conversely, you can spend your life to "ensure" one of your legacies, buoying it after you are gone.

So not only are PCs trying to win a war against the greatest nation on the Earth, they are trying to secure these legacies. Many legacies are in the hand of occupying forces or loyalist forces, but most are in the hands of your allies-for-now in the Continental Congress.

The core of the game is an investigation of democracy with the benefit of hindsight. There is a sense of significance when players decide whether to work with (young, unimportant) Andrew Jackson, or whether they can afford trying to debate a Southern slaveholder for his legacy of slavery. So far, the conceit of legacies as tangible inventory items has clicked, and players have really let it lead them into some interesting places. Two sessions ago, a pirate captain managed to capture the party and ransom a legacy from each of them for their release, making her the most legacy-rich figure on the continent.

Most of the legacies start out in the hands of the Continental Congress, made up of backbencher Revolutionaries and the crummiest figures I could find between 1776 and 1800. They include:


This is in addition to peripheral characters, such as a Napolean Bonaparte sent to govern French Haiti, or the British leadership figureheaded by the Duke of Wellington, Edmund Burke, Horatio Nelson, William Pitt, and a traitorous John Paul Jones.

Finding a system for this game has proven difficult, but I settled on Colonial Gothic, a "12-degree" system fit for playing something between Pirates of the Caribbean, the Patriot, and Call of the Cthulhu. The rulebook is riddled with typographical errors, but it is working well enough.
Posted by Phlox at 11/23/2019 3 comments:

Notes on a Bad Meat Pile

I've been running players through a "proper" dungeon, with multiple levels, random encounters, and treasure tables. So far it's been great fun and I originally thought to post it in its entirety here. However, much of the dungeon's actual structure is uninteresting, so instead I will simply record all of the details and ideas which I think make "the Academy of Harmonious Ringen" worthwhile.