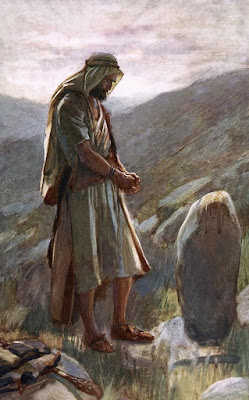 We have seen that I can take any tired class archetype and make it wired, be it barbarian, paladin, bard, or druid. To finish the set, we consider the Monk.

This is a class of contraries, a character who loves peace but trains for war, whose privileged position endangers the order they wish to uphold. Mechanically, they resemble the warrior of my current VtS playtests.

The white monks are soldiers and crusaders, the vanguards of armies who are trained to take orders. The black monks are embalmers and confessors, the ministers to masses who are trained to be governable. The grey monks are neither. It is their place to try to serve what is right and to fall in the attempt. Their orders teach that fighting is in vain, but necessary. The first act of tyrants and revolutionaries is to outlaw the orbseekers. The last step of their program is always to dissolve the grey monks.

To be a grey monk is to be immune to the law for as long as you can flee it. 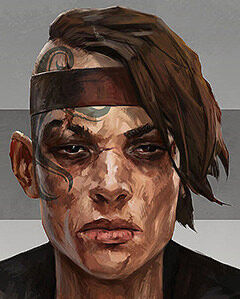 Grey Monk
Starting Ken: Exotic weaponry, war, or ancient atrocities
Starting Equipment: humble knee-length tunic, thick socks, carrying sash, inro, wicker bascinet, arnis, and a piece of baggage.
Mercy: You do not lose morale for witnessing or committing acts of violence. Every time you use more force than absolutely necessary, deal double damage and gain 1 Disdain, then roll a d6.
If the result is equal to or less than your Disdain, cross out the above rules, You still do double damage with wanton violence, but your scruples slip away and your mission becomes fundamentally broken. You turn away from your training and towards a life of consumption and destruction.  You now lose morale from witnessing violence; this takes the form of abject joy and sensual distraction for you.
Acts of Agility: you have a 2-in-6 chance to perform feats, such as running along walls or slipping through impossibly small holes. Each additional monk level increases this chance by 1-in-6.
Roll the d6 before you attempt the feat-- failure means you know you cannot succeed in this moment and you do not attempt it. You There's actually a neat saying about doing vs.trying, ask me about it sometime.
Walk the Wending Path: If it is possible to sidestep ranged attacks or snatch missiles out of the sky, you do so with ease.
Secret Signs: When confronted with a prophecy, omen, or obvious portent, your DM is obliged to give you an extra something-something, a little hint to interpret the meaning of said prophecy, omen, or portent.You are allowed to complain when nothing portentous has happened in a while.
Insight: Spend a week meditating on the nature of mortal war, immortal theodicy, and the shape of things to come. At the end of this week, ask any one question of terrible import, like "how can I entreat the angels to deliver us?" or "how can I control the winds?" or "how can I create a weapon that will destroy Kung Fu?" The answer enters your mind like sunlight focused through a lens.
Half of every monk order's tales start with a hateful monk's insight. The other half start with a well-meaning monk's insight. Both are full of destruction and woe.
d20 Pieces of Baggage
1. disgraced mentor (hard-hearted and cruel)
2. disgraced mentor (naive)
3. mentor slain by the master of the nearest dungeon
4. parents slaughtered by the one you now love the most
5. abandoned a life of wanton disdain
6. set aside by gods for trials
7. set aside by gods for punishment
8. true love the captive of the master of a far-off dungeon
9. true love the master of a far-off dungeon
10. kaballistic curse will kill you slowly
11. you must care for an illicit bastard
12. stoppered imp-bottle. The creature within is amazingly knowledgeable and will not lie to you, but will only answer questions it thinks will serve its (evil) interests. Obviously, don't let it out of the bottle. Invent a shameful story for how this object came into your possession
13. used the forbidden Dolorous Chain Strike against an opponent in a duel. Start with +1 Disdain
14. stole a polearm from a prodigal noble. Decide on the type of polearm, as well as the shining gem worked into the shaft.
15. The unhappy acquaintance (though not guardianship) of a godparent
16. curséd shoes, the Red Path Winklepickers. When blood-soaked, they can walk on air at the cost of +1 Disdain
17. curséd collar makes you a violent animal during the night before the sabbath
18. curséd steed, the Brimstone Horse. Destined to eat its rider's remains
19. curséd flyssa saber, RED MAWS MANY. Can harm anything, and wants to
20. Roll 1d4+1 times and combine.
Posted by Phlox at 6/03/2021