Remnants of Darkness: Thoughts on Running Vampire the Masquerade

There are fewer rulebooks that make me feel more conflicted than those for Vampire: the Masquerade. The system is fine, but the ideas are sometimes, to my eyes, at cross-purpose. The theme meant to be evoked is one of personal horror, but kindred society is so often depicted as the conspiracy around which the world turns. They live according to an ordered conception of their own existence, but are faced with constant contradictions to their founding myths and categorizations. The book swears that nothing is canon, but perpetuates a "metaplot" spanning editions. The game sets up amazing and playable social situations begging for creative players, but insists on setting out stories for them to act out. To reconcile these for my own games, I've devised an ethos that I cleave to, and recommend them to you. 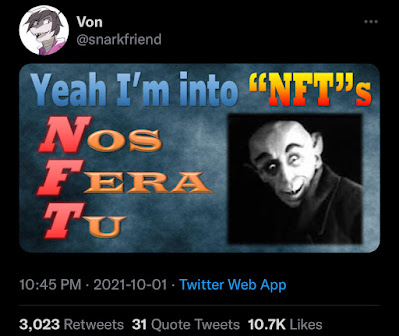 First of all, make it very rare for vampires to directly control any mortal institution. Make them rely on their weird forms of influence in a world they don't understand. Hypnotizing the manager of a Taco Bell. Paying off a fire marshal. Seducing the CEO of Radio Shack. These can get you far, but not everywhere. Let the limitations of unlife be severe and cruel.

The book "Gilded Cage" depicts these limitations well. I haven't read a gaming book like it. It sets out reasonable advice for a vampire PC to try to exert influence on a variety of mortal institutions, with advice that is grounded in real-world facts rather than the Storyteller system. It is as useful to as real vampire as it is to a Vampire player.

Make kindred society small. Actually follow the 1 vampire to 1,000,000 mortals figure that the books themselves disregard. Invest responsibility and power in a small handful of weirdos. Spare yourself the trouble of inventing extraneous NPCs when every vampire will by necessity wear many hats.

Break the apparent rules of the setting. Look through the appendix of optional merits and flaws-- these are golden. Some rare vampires will be immune to the blood bond for no reason, or have no reflection, or have some other crazy feature. Let the legends of Caine be lies filtered through Christian and Eurocentric version of ideas formulated by Elders centuries ago.

Let the caitiff, the "clanless" vampires, be evidence that the whole concept of clan is not nearly as neat as it seems. Introduce new clans on a whim, and feel no need to justify them. They're fun to make! You don't need long histories or lists of elders. You just need a fun clan weakness (maybe a 2-point flaw from the appendix?) and three clan disciplines (invent no more than one-- choose two or three from the book). You can add a nickname and a bit of flavor it you're an over-achiever Here's thirteen clans to give you an idea how little is needed:

1. Amandites: when one dies, their childer do too (presence, dominate, fortitude) Also called barons. Three-fifths of their methuselahs were slain in the early modern age, decimating the clan. The survivors are mostly African and East-Asian.
2. Brontes: one eye (auspex, potence, acumen) Also called cyclopes. Mediterranian coastal and shallows-dwelling creatures. Known for their long hair.
3. Gamon: iron phobia (dominate, celerity, grig) Also called fair folk. Perpetrate complicated schemes to befriend warriors and statesmen, some of whom they keep as ghouls. Their elders know a secret method to undo the aging incurred by loss of ghouldom.
4. Hant: territorial (presence, animalism, fortitude) Also called tutelaries. Common in Indonesia and surrounding areas. Small due to infrequent sirings.
5. Nemesis: vengeful (obfuscate, dominate, intangibility) Also called spookums. Ghost-like wandering souls who foster strings of irreconcilable resentments. The clan's most prominent stewards, a sorority "prayed to" for aid in revenge, were slain by the Assamites in Greece long ago.
6. Penggati: amnesia (animalism, auspex, potence) Also called reborn. Leadership forms echelons of tabula rasa "Utopias," sending out envoys for strange tasks.
7. Namelings: requires an invitation to private buildings (fortitude, animalism, obfuscate) Also called strangers. Compulsive lie-keepers, congregating in remote places where they feed on blood the elders will not explain before dispersing. Disdain herds.
8. Viruol: consuming dead blood can send them into sleep (presence, celerity, animalism) Also called Fevered. Known for frenetic action and quick ghouling. Tendency to endanger the masquerade
9. Dragoons: infectious bite (presence, auspex, obfuscate) Also called carriers, the bloated corpses that sneak out from their graves. Have a special love of cavalry. Hunt each other and Hunters.
10. Pecuar: must obey mortal commands (potence, auspex, magi) Also called Djinn. Most often serve human masters, in fulfillment of an ancient promise. It is said this promise was made to Mohammed. Their prior history was as tormentors of mothers, for they performed strange rituals with vampiric infants that caused other clans to destroy them.
11. Disciples of the Gap: can't speak unless dominated (foresight, dominate, obfuscate) Also called Disciples. Sworn to some obscure meditative faith.
12. Seekers of Eden: Lunacy (fortitude, auspex, cultivation) Also called Gardeners. Known for cultivating strange and evil plants, the sort of thing that would make good D&D monsters.
13. Qifeg: addicted to despair of others (jiangshi, celerity, potence) Also called Officials. They feed on the despair of others. Avoided by other kindred and, whenever possible, each other.

You have no obligation to the books or to the metaplot. Take only the ideas that inspire you. These are vampires for Caine's sake, you can tell more varied stories than what they spoon-feed you. 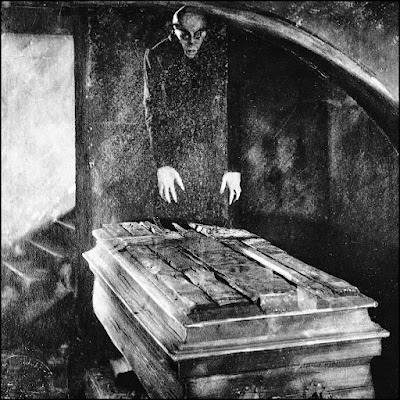 As I've said, the appendix entry with the optional character flaws and merits kick ass but I would warn you against the appendix entry on alternate "paths." You see, the idea is that vampires are angsty and sad because their curse threatens their connection to their humanity. What the appendix offers is the idea that you can replaces the sliding scale of humanity with some other standard, like the Path of Loving Death or the Path of Freaking People Out or the Path of Being a Cultist. Many alternate paths work to deconstruct the dread of the Beast that the Path of Humanity creates. Vampires have this disconcerting sensual desire to harm and kill, but players know they're playing a game, and if you prompt them to be a remorseless killer you miss out on the good you did when you decided to play a game premised on the personal horror of being an conflicted monster heartthrob

Publishers keep making great sandbox political books for Vampire in the form of city references like "Chicago by Night." They're laid out poorly, but they have painstaking detail about these real-world places, how they've been affected by the existence of vampires, and the kindred who possess power in nocturnal society. For some reason, publishers keep churning out modules that railroad players into very specific episodes, and strongly encourage the DM (which they call "the Storyteller") to exercise hard fiat in deciding things. I won't rehash old arguments about the best way to run a game, but I will say there is an opportunity missed here. VtM could do really interesting things with the maxim "prep plots, not stories."

I encourage Storytellers to embrace randomness. Random tables can bring a lot to the table, but the publishers are embarrassed by them. Consider this excerpt before a standard encounter table in the back rooms of a night club in the book "the Succubus Club":

"Note that these are not encounters that will wander into the players. These involve self-motivated creatures who have their own reasons for being where they are. In fact, this table will be most useful when the characters are the ones doing the wandering."

Given that it's a fairly standard encounter table, I don't know if it needed this kind of disclaimer.

I see shades of situation prep in some modules, elders with assets and an opportunistic eye lying in wait to respond to player action. But it can be made faster, more tenuous, more desperate, more doomed. Let the kindred make bold moves with assets that can be understood through real-world knowledge, and the PCs may follow suit. 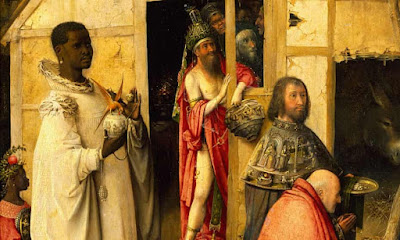 1. Find a random map of a small dungeon. One from an old game you ran, or one of Dyson's Delves.
2. Tell the players that the Krampus has stolen all the village children and only they can get them back.
3. Use the following encounter table:
d8 Holiday Encounters
1. The Devil (Dutch)
2. d4 magi
3. Little elves
4. Herodian baby-hunters
5. Mari Lywd (seeks food and booze, foiled by riddles and songs)
6. Father Christmas (roll a d9 for alignment signified by robe color. May have a gift for every PC)
7. IDF Merkava (crew of 4)
8. Angel
4. Put the Krampus at the end of the dungeon. HD equal to the party's total levels. Uses a whip and horns or tries to scoop someone up in his sack.
Posted by Phlox at 12/23/2021 No comments:

Email ThisBlogThis!Share to TwitterShare to FacebookShare to Pinterest
Labels: scenario

Every Goddamn Vampire in this Goddamn Country of Mine

Sometimes, you make it to see if you can do it.

I wanted to make a generator that would show you the vampire society of a given city with a single click. But in order to do that, I needed to know how many vampires to put in it. The VtM revised rulebook provides a rule of thumb (that it almost always ignores) saying a densely population area should have one vampire for every 100,000 people in a community. But vampires aren't lone wanderers. They're organized in coteries of a size that the book is cagey about telling. A few levels of investigation in, I found myself searching out the metro population of the United States in 1990 to facilitate this growing project. I was no longer trying to generate a city. I was trying to generate every city in the US. I ran the generator once and came up with a vampire census 100 pages long.

After all this research and heartache, I've decided there's no easy answer to how many coteries there should be in a city, but there's a fair answer. The answer is, if the average coterie has a little more than five members, "about seven." That's on par with Dallas and Miami, and it should be plenty of characters. It means there's bigger and smaller kindred communities, and it's about as many groups as an engaged player can be expected to remember at once. Go with seven.

Therefore, that's the number I've tuned my city generator to. Use it five times to get a metro area roughly equal to New York City, twice to get one roughly equal to Chicago. Each press of the button will show seven coteries, identifying each vampire by their (bolded) nature and some interesting facts about them. If they're part of a clan coterie, that's the clan they belong to. If they're part of another kind of coterie, it will be specified.

To damn the world, I've also included the America generator, but I warn you it will make a long result. If you want an example, I've put it in a (hunded page) google doc.