Rangers are an odd thing. In their original D&D incarnation, they were potent fighters who got two hit dice at first level and only got experience if they were essentially alone on adventures. There was a lot to them, and while they seemed terribly unsuited to basically any D&D campaign where you hoped to level up they felt somehow cohesive. Ranging? How romantic. If later versions have seemed aimless I think it is in large part due to the attempt to tame this wild, weird original. 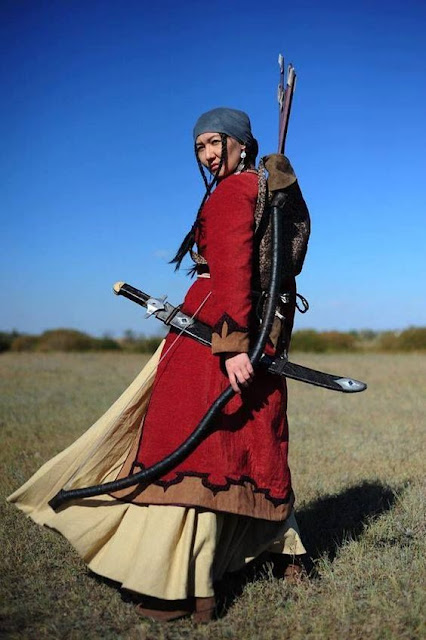 As with the druid, monk, barbarian, and the like, I want to focus on specific parts of the soup of ranger tropes, give them a coherent vector and a pathos, and inject some specificity. This class will be for the Acmori region, and represents those design goals. This ranger is an expedition captain, someone who leads parties out along the frozen seas of winter. (Alternatively, they are zoa captains, riding out on the open waves of summer. This is secondary because the Acmori campaign centralizes the winter adventuring party.)

The captain is a figure whose main tool is their crew, to which they are also bound. As a player, this creates a necessary tension. Over a captain’s career, they are well-served to cultivate relationships with particular crewmates, and eventually to negotiate better contracts. One captain might get around some obligations by gradually replacing crewmembers with crusading partisans. Another may constantly be on the lookout to make porters of the apefolk they encounter one adventure and lookouts of the eye-magi they find on the next. A captain PC is a natural adventurer, ruler, servant, questgiver, boss, and blue-collar. 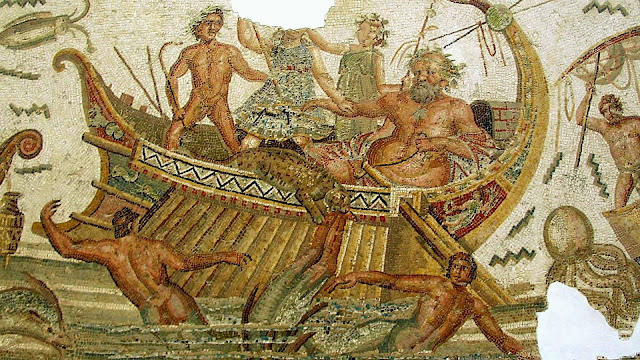 Starting Equipment: Crew of ten windfarers, thick beard or braids, fiery eyes, fur-lined crested helmet, banner with your personal device or that of your ruler, flask of gløgg, a tern or monkey, and two captain’s swords.

Writ: You are bound by your duty to your crew. When you agree to go on odyssey for a patron, you are allowed to forswear payment but you must accept no less than 27 gold coins (or 32 gold coins and 4 silver, if you wish to claim your double share.) After a successful voyage you can replace any dead or retired crewmates (each has [level] HP), but if it was unsuccessful it will take a season of bottom-feeding in a port to find new hands.

Excavations: When on the ice, shipwrecked, or otherwise in the wilderness, your crew can quickly excavate a [level]-section bivouac, shack, or other hibernacle.

Two-Weapon Fighting: When fighting with your two captain’s swords, you get +1 defense and reroll 1s for damage. (Keep rerolling if you keep getting 1s.)

Sealore: When you encounter something strange on the ocean, you have a 2-in-6 chance of knowing a relevant tale about it.

Old Salt: You are never surprised in combat. Sleep does not make you any less alert. Additionally, after studying an NPC or mythic creature, get the answer to any one yes-no question about them.

Aspyrian: Through a combination of experience, lore, and intuition, you can track anyone or anything across any distance. You are led over bare stone or the ever-changing waves, seized by a conviction, a vision of your quarry that always proves accurate. When actively tracking someone, a black mark appears on their palm in warning. (This omen is caused by all sufficiently intense pursuits, not specifically by you. It's just a thing that happens, like the sunrise or spontaneous generation.)

1. A handsome falchion with a spiked crossguard and a manta-skin hilt.

2. A cutlass fresh-forged, kept in a bamboo scabbard bearing the ideograms “Let my Children Judge”

3. A keen falx, held in a purpose-built kney-green harness, hilted with damascene gold.

4. A gladius, the standard issue of the Summer Wars since rendered quaint. Now bears a modest carbuncle in the hilt.

5. An ornately-worked harpe, with an attendant tablet announcing its pedigree as the weapon of an ancient hero.

6. A carp’s tongue sword with a turquoise groove in the center. It weeps ancient blood in humid weather.

7. An arsenical copper jian with eight topazes inlaid in the hilt and one great topaz in the scabbard. The scabbard and hilt are bear-leather

8. A xiphos, inscribed with the ideogram “Vigor” on one side and “Votelain” on the other. One edge is serrated.

9. A rough-forged swerdan, battered, its newly-wound handle obviously standing out. Makes small black fires when held to something flammable while the ancient word “Fýr” is spoken.

10. A spatha, with one side wavy (to represent the sea) and the other side straight (to represent the land). This is used in Telumancy, where the weapon is thrown into the air and the side that points to the thrower is used to answer a question. The hilt has a discrete clip which can weight the result, always landing on the intended side.

11. A straight-bladed carnumban’s curtana, its scabbard and hilt ornate silver and gold, set with red glass gems. Whoever originally owned this was surely a beautiful fellow, possibly a temple champion.

12. A skydisk sword, with a small jade astronomical chart by the hilt. At the pommel is a small ideogram too ornate to be readable.

13. A leaf-shaped sword, engraved with a cartouche on the base of the blade, with blue velvet covering the bottom third showing an underwater scene.

14. A seax, with a brass hilt sculpted to resemble a snake belching the blade, with eyes of jasper.

15. An antenna sword, fitted into a cowhide scabbard, tattooed with a tessellating pattern.

16. A bronze rapier, a light weapon long enough to outreach most other light weapons. Held in a long sling like a strung bow.

17. A sickle sword with an intricate bifurcated hilt of coral and gold. It is made to be carried in a waistband, perhaps unwisely.

18. A grip-tongue sword, its hilt gold, its scabbard red leather tipped with gold. This scabbard-tip is actually hollow, a false bottom to carry hidden messages.

19. A khopesh with a mother-of-pearl handle and silvered hilt, inscribed with an invocation against shattering.

20. A falcata with an enameled wolf's-maw handle set with agates, the back edge of the sword filled with meticulous tallies.