The Care and Feeding of Zoas

Wooden ships travel geometrically. Zoas, large floating colony-organisms, travel in accordance with mystical principles that allow them to arrive at destinations before all but the best-crewed ships. They know the correspondences of the current and do not need to be corrected in the way ships do, and their long stingers form a natural defense against the strange creatures that inhabit Acmori's waters.

A zoa can be any size from a rowboat to a great fortress, kept aloft by the gas that it generates. Think of a giant jellyfish or man-o-war, but different. During the freezing winters, zoas often find themselves frozen totally solid, only to melt unharmed come spring. 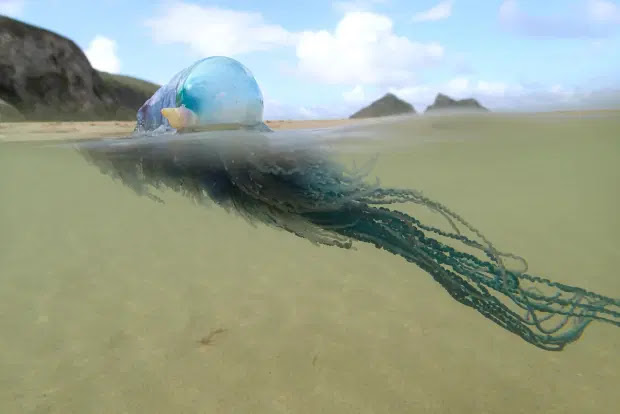 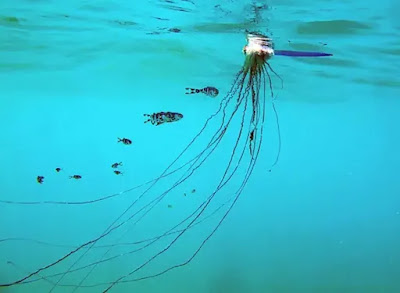 On longer journeys, small diversions must be made for the zoa to feed, typically by steering it into schools of fish or pods of larger prey. Travel continues at a slower pace as the zoa retracts its tentacles, laden with paralyzed prey, to be digested in the base of its body. When sudden speed is required, as to outsail a storm or privateering zoa, sailors on a line will dive, pry away the zoa's meal, and help the tentacles to re-extend.

A sailor performing this duty, or designated to perform this duty, is called a "yellow jack" or "refutionary". Frequent use of the gronovii jelly which confers resistance to the venom of thin zoa tentacles can cause alcohol sensitivity and skin discoloration, turning up to half the body pale blue.

Some ranges of ocean form dead zones, too sparse to feed zoas from crossing them, forcing diversions along different routes.

Each zoa is "handed"-- it tends 45 degrees either to the left or the right of the way the wind blows it. This means that the zoa is fastest when it sails with the wind at an acute angle, as opposed to a wooden ship that would be fastest with the wind at its back.The less-common, right-handed zoas (or "thwarts"), are useful in war for basically the same reason that left-handed pitchers or hitters are useful in baseball.

Zoas are otherwise distinguished by their size, color, tentacles, deck size and height, number and color of sails, and flag. 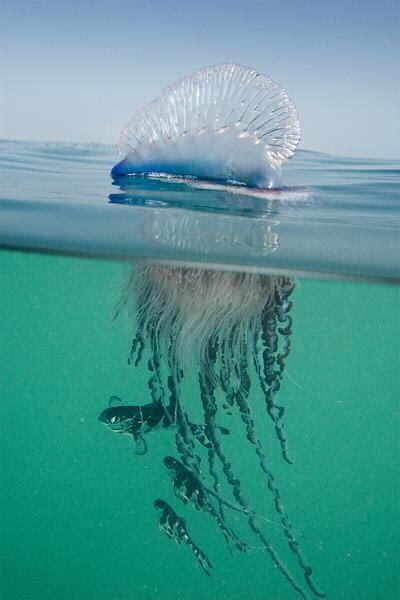 All civilized nations forbid foreign war-zoas from their ports. These are discerned by the gourd- or cork-netting ("floats") around the railings of the deck, designed to keep the deck afloat if the body is punctured by javelins or longspears. Hammock netting is sometimes added to this to defend the crew against projectiles. Formally, a zoa without such netting is never considered a war-zoa, and partisans have successfully skirted pacts of peace by heavily arming unprotected zoas.

Pragmatic admirals are usually willing to sink zoas when near to friendly ports, because the creature will typically resurface after several days, at which point it can be captured and accoutred for use. Far from ports, sinking a zoa is seen as wasteful, and battles are typically fought to capture rival zoas. Hence, privateers and military vessels favor boarding corvuses and other tools for seizing craft. Coastal fortifications and the largest zoa are more likely to sport ballistae to discourage others from attempting to close. 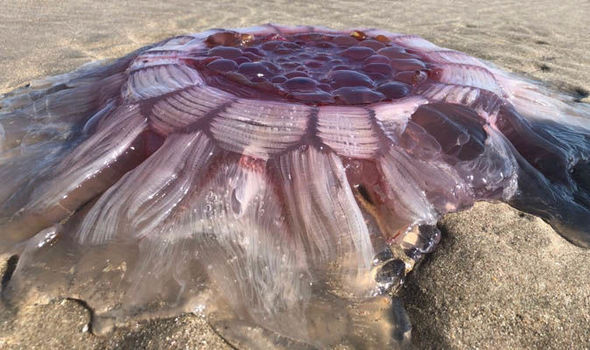 Email ThisBlogThis!Share to TwitterShare to FacebookShare to Pinterest
Labels: Acmori