This is a class very loosely based on my readings in Dictionary of the Khazars. It is a loose adaption, combining the tradition of the dream hunters with the tics and neuroses of the nobleman Avram Brankovich. Though I'm calling it here a Wallachian dreamer, the region doesn't actually matter much, and the term "dreamer" would work well enough. The class dips its toes into information-gathering, social skills, and combat.

A Wallachian dreamer gains an additional language every time they attain a template, including the first. These languages may be obscure but not dead or purely academic.

Starting Skill: a Wallachian dreamer has a changing an dissociative skill set. In each scene where you speak only one language, you become proficient in a corresponding skill or gain the corresponding ability (Obviously you will have to adapt this to your setting.)

Dream hunting: When you sleep, you experience the life of a specific and distant figure, a person with whom you are linked until you both shall die. However, you can also pull away to invade the dreams of people near to you, either targeting a sleeping person or catching a nearby dream at random. The DM randomly determines a nearby sleeper for you to meet and either selects a situation for the dream or randomly determines one from a table in section Two below. Dying in a dream causes you to wake and prevents you from returning to sleep that night, but events in the dream are usually not permanent.

Unconscious lore: once between sleeps, you may make a wisdom test to suddenly know about an obscure topic, barely speak a language, or become proficient in a strange weapon. This surprises even you, for it was knowledge acquired by your distant dream partner.

Vex to Nightmare: you may now act as though awake while dreaming. This means you can be simultaneously walking around adventuring and interrogating a dreamer. While you do this, widen both your critical hit and critical fumble range by one. Anyone you kill while dreaming will rise as a skeleton, draugr, or vampire.

Nocturnal Lot: When in someone's dream, you gain the first template ability of their lot (class.)

Section One and and Half: Spells 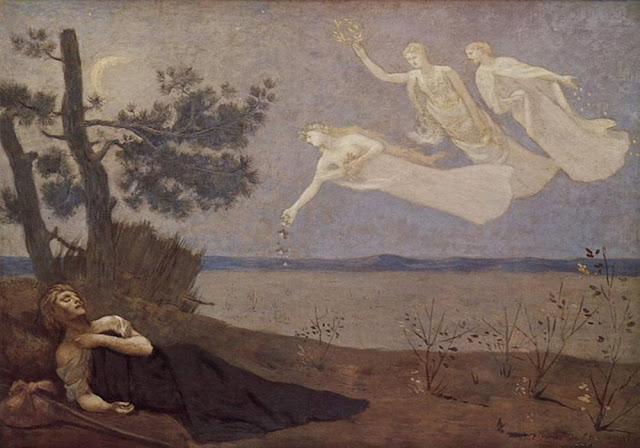 Your campaign probably uses non-Earth languages. Here I will ascribe abilities to other fantasy languages to save you time adapting the list mentioned in the "starting skill" ability.