I've written a bit here about the setting I'm currently running a game in, called Mesomergos. For my own reference and to set out the setting more fully, this post will describe that society. Like Skerples in his notes on Albion's Seed, I will be copying that book's folkways to cover the people here holistically. This guide attempts to make the setting tractable, and to provide as much aid to running in the setting as possible, while still supplying a full view of Mesomergan society. After covering these folkways, I will list some potential plot hooks embedded in the mores and rules of the society.

Consider this a content warning. I've used this setting to explore questions of identity and misery. It is not especially grim, but there are Terrors To Be Hopeful In Spite Of. In addition to standard fantasy violence, expect sex and gender norms not our own, tyranny, castration, political madness, truly alien minds, provincialism, and gods.

This is a setting inspired by the Unetice Culture,  the Urnfield Culture, the Shang and Zhou Dynasties, and Arthuriana. It is a bronze age country, settled between two greater empires which have not gone through the trouble of conquering it because there is little of value in Mesomergos save the rivers connecting the empires. At the time that the campaign takes place, the figurehead emperor is missing and the country is cursed to churn in chaos.

Speech ways
One of the most notable mores of Mesomergans is that they do not say "no." It is still possible to refuse or negate directly, but it is considered refined to get more creative. If a lowly peasant asks the lord for his daughter's hand in marriage, after the lord stops laughing his is supposed to say something like "yes, if you can stitch me a shirt made of water," or "sure, if you can defeat the army coming here to sack the city." Other than "no," popular crude language includes "fie," "beggar," and "fire." The polite term for fire is simply light.
Oaths, curses, and vows are taken seriously. The ruler of a city is called an Oathkeeper, and their oaths, curses, and vows are taken extra-seriously.
Most people can read and write (typically on stone tablet,) but there is an ongoing anti-literacy movement. 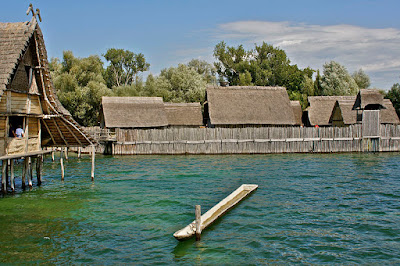 Building ways
Mesomergans are not impressive architects. The basis of their economy is the palace, and these are large if not beautiful. These have cyclopean or ashlar masonry, supplemented by columns and post-and beam construction. Common folk usually live in wood homes with gabled straw roofs, wattle-and-daub walls, and storage pits beneath; or in pile dwellings. Mesomergans are dutiful canal-diggers. Their roads are poor.
In ancient times, subterranean construction was common. Many so-called dungeons have a definite history and justification.

Gender Ways
Mesomergans are notable for their understanding of gender. Men cover their face; women never do. Children are considered to have grown up when they either embrace or fully set aside the veil (or cowl or battoulah or what have you). This custom has some correlation with real-life gender markers, but would displease most people in real life. There is no custom for transitioning after attaining adulthood and no recognition of genders outside of the binary.
The one exception to this is the role of the eunuch, who signify their unique role by weaing a crown of stems. Whether by literal castration or some more symbolic change, eunuchs are frequently found in administrative roles and forgo family tie and succession. Because of their perceived violation of gender norms and association with bureaucratic power, eunuchs encounter perceptions as eerie and untrustworthy.
The actual norms around gender are somewhat permeable, and while many harbor a prejudice in favor of male leadership there is not sufficient social force make this uniform. Strange groups, orders, and commandments frequently bolster or proscribe either men or women.
It should go without saying that customs regarding gender in Mesomergos fall short of the true human breadth of these people. Many who feel alienated lack the vocabulary to express this, and plenty of people have privately braved the road to the next city over, starting wearing or forgoing facial coverings, and gone by new names. Society at large assumes this is basically impossible. Fey have a very fluid view of these things. 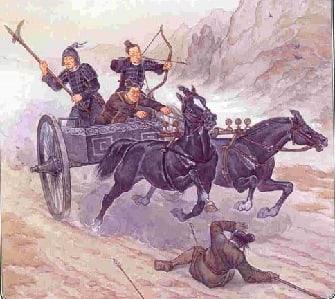 Family Ways
Family structure is considered a matter of life and death. Among commoners, having children is the sole retirement plan they can attempt. Since many married couples do not have children, almost all orphans are adopted by a pair in their community. Older child orphans sometimes live off the charity of their community. The eldest of a household is usually the head. Among nobility, succession is by selection since there is no authority to enforce any other method.

Marriage Ways
The custom of marriage in its modern form is based in the Noryist faith, though it has since been partially secularized. Two people (typically this is heteronormative, but see Gender Ways above) meet before the oathkeeper, ritually exchange gifts, then leave together to consummate their marriage. Marriage as a custom is seen as an oath between the couple and their society, as represented by the oathkeeper, to ensure that they will not cause strife with conspiracy, infidelity, or becoming burdensome to the community at large. This is considered too much of a downer to get mentioned at the actual ceremony.
At present, when the emperor is missing, oathkeepers are the most important figures in Mesomergos, yet they spend much of their time officiating weddings and doing other ceremonies to cement their legitimacy. When an oathkeeper cannot be spared, or when they are getting married themselves, a priest in good standing with the community can stand in. 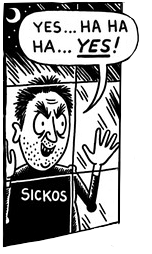 Sex Ways
When the boogeyman of infidelity is not at stake, Mesomergans are less puritanical. Relationships with partners not "suitable" for marriage are not considered taboo. They retain the classic trap-standard that virginity is important for women, but not for men. Common punishments for sexual dishonor include shunning, locking in towers, and entry into the academies of eunuchs.
The parasitic species called Serset do not have particular sexes, melding together with two others, then bursting into a cloud of hundreds of newborn. Their perception of gender is also strange to outsiders.

Naming Ways
Most names are mononyms. (Whenever possible I've tried to find names in common between Mandarin and German but those are pretty scant.) Titles and epithets are common. Elite servants of oathkeepers are called "sworn," as in "Han, Sworn of Hometown." 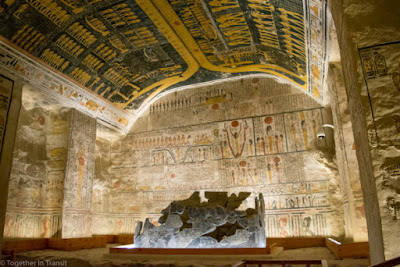 Religious Ways
Most deities in this setting are tutelary deities, but Mesomergos is too unimportant to have one. A Greek-like pantheon of about a dozen foreign gods are prayed to, assuaged, and invoked. Each home is likely to have a humble shrine, and a city will have multiple larger shrines as landmarks. There might be one true temple in a city, where urbane priests are educated about the fine points of a doctrine a century out of step with their originators. Holy days and sabbaths are usually set by these temples. In daily life, many things are thought to be the direct work of gods. (This is correct.) People offer prayers constantly.
Hermits and hermitages dot the countryside, and itinerant priests are common. Amid civil chaos a dozen revolutions in understanding are underway.
Prior to the arrival of foreign gods, it is said that Mesomergans worshipped the stars themselves.

Magic Ways
There is no strong disconnect between religion, daily life, and magic. A charm protects equally well against goblins, bears, and evil spirits. An astrally-empowered Dreamer makes an excellent addition to the court of an Oathkeeper, and divination through bonecasting, astrology, or augury is enshrined in the customs of the lowliest town.

Food Ways
The Mesomergan diet is a cereal diet. Bread is the main course of every meal, supplemented by fruit, nuts, cheese, fish, and the occasional red meat. Beer is ubiquitous and pomace wine is a treat to all. Foreign imports like rice wine are treasured by those with means. Sharing alcohol with someone is a wonderful bond. The gods disown whoso breaks this bond.

Dress Ways
Clothing is typically fur or fabric. Robes and tunics are common, and armorers dream of the bronze panoply foreign artificers craft. Wealth is often carried in jewelry: torcs, bracelets, earrings made of bronze, brass, silver, and reefstone. Silk is seen in many colors, and, anachronistically, the great array themselves in samite and ciclatoun. It is considered polite for those of high social station to adopt a serious and haughty demeanor to avoid putting their servants in the position of having to discern levity from actual commands.

Sport Ways
The undisputed national pastime is Lalon, a betting game played with a a board and pieces, with several popular variations. Music, dance, and verse are common diversions, as are races, wrestling matches, and weaving.

Wealth Ways
Mesomergos follows a palatial model of economy. Those in power rely on the import of resources from elsewhere, and distribute most of these to their chieftains, setting aside some swag for their sworn and themselves. In return, the oathkeeper takes most of the harvest, the lumber, and reefstone in trade to acquire more diverse wealth. Wealth is seen as a very close brother to political legitimacy, and economic success entitles you to marry "above your station." When wealth is liquid it is distrusted by many. Wealth invested in the area means responsibility in the eyes of many.
There is a paradoxical wealth that the rough feudal system brings. Oathkeepers personally control almost the entire economy, yet they have to spend it out, give it out as gifts, and arrange lavish celebrations, ceremonies, and public works. Their sworn often go entirely unpaid in actual currency.

Rank Ways
In principle, the (divinely appointed and inherited) emperor appoints oathkeepers to enforce his laws and keep order. They appoint chieftains and sworn and bureaucrats to help do this. In reality, oathkeepers are the highest law, surrounded by ad hoc organizations of commoners with self-appointed leaders and Demands. Social place, public face, and provincial race all establish a rank in Mesomergan society.

Social Ways
Now more than ever, people are cut off from the rest of the world. Knowledge of how to survive in the wild is not common, and the ability to create light on the road is vanishingly rare outside of the ranks of the sworn or the Brotherhood of Messengers. Add to that the high probability of meeting your death on the road, even walking along the river for a week can be deadly. There is almost no migration. Settlement is a dream for another age. You can reliably send a letter or an army, with little in between.

A good way to create a plot is to create a dilemma of social mores, two conflicting impossible standards that the PCs cannot satisfy.
d8 Plot Hooks: